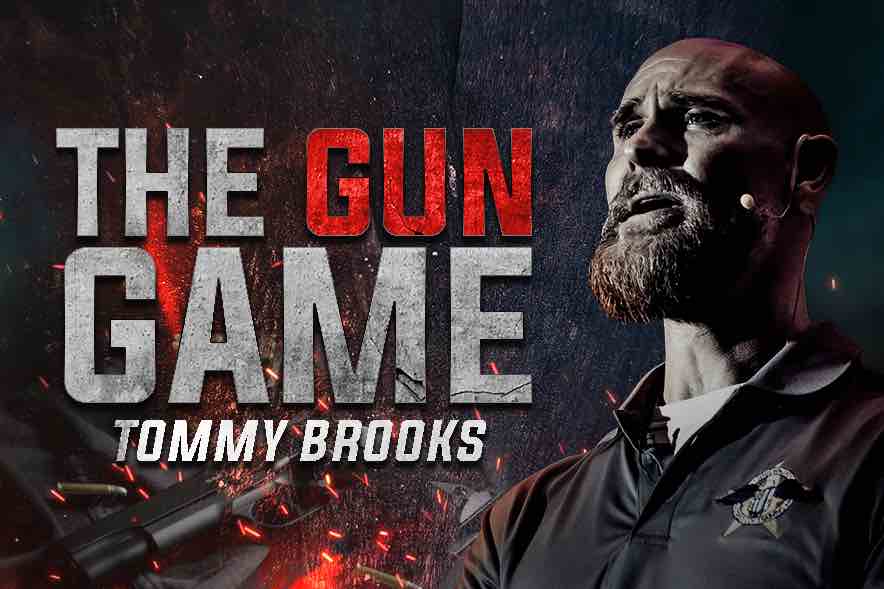 This is the ultimate presentation for street level firearm investigations. On a national scale, there is quite literally nothing else like it. This presentation began as a gang investigator training in New England. Its popularity grew for its overwhelming delivery of “take away” lessons that can be immediately deployed, as well as its high speed and visual delivery method that eradicates the fear of the boring “cop class.” This presentation is intended to give police officers an understanding of street level gun activity, gang and criminal firearm trends, and gun investigations. The presenter, Tommy Brooks, will discuss the recognition and importance of gun evidence, and the role of that evidence in the gun game. The presentation will cover specific examples and ideas regarding the identification and retention of firearm evidence and the trends. Having these discussions will increase your professional success for gun recoveries. “The Gun Game” will also cover car stops, street encounters, rapport, recognition of deception, hidden guns in cars, natural voids, and the characteristics of the gun game. Moreover, Brooks will discuss how to effectively utilize empathy and psychology to understand how human behavior generally follows predictive patterns so that you can truly discuss how to “work smarter, not harder.”

This presentation will provide a fresh, current, and realistic perspective on firearm intervention with insight from Tommy Brooks’ own former experiences within the Gang Unit. The amount of understanding and confidence officers will take away after this presentation will serve to be invaluable. We welcome you to check the reviews from past attendees. This really is a rare opportunity to be a part of a presentation that is unlike any other. This is, simply put, the best gun recovery class in the game!

Presenter Tommy Brooks began his career in law enforcement after his honorable discharge from the United States Marine Corps (non-combat) in 1998. He started as a Transit cop then became a member of the Boston Police Department. After working primarily in plain clothes units, Brooks joined the Boston Gang Unit as a detective and later, as a Sergeant. While in the gang unit, he has worked making gang cases via informants, undercover work, search warrants, and other investigative means. He has also maintained a working role as an Academy Instructor for many academies throughout Massachusetts. During his career, he has had the opportunity to work with the best cops in the nation, and he has received the George L Hanna Award for Bravery from the Governor of Massachusetts, two Medals of Honor, a Medal of Valor, and an Award of Merit from the Governor. He currently holds the rank of Lieutenant in the Boston Police Department.